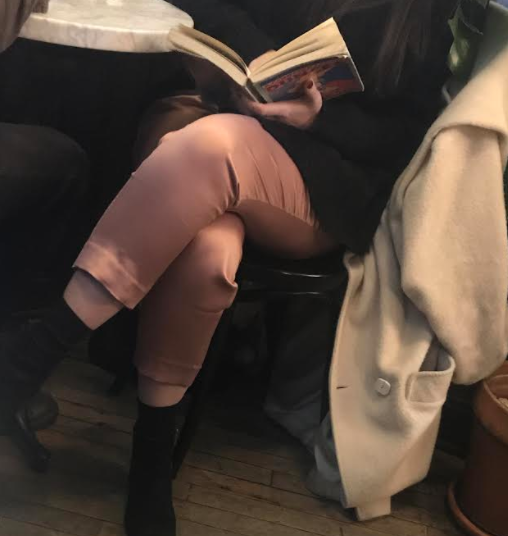 There are particular books in this life that people, specifically “women,” will read very calculatedly in public. One of the most shining examples is A Confederacy of Dunces (which takes the place of The Catcher in the Rye and Infinite Jest for “men”). “Edgier” and “less embarrassing” than those other “female”-associated classics, The Bell Jar and The Feminine Mystique, A Confederacy of Dunces lets those “males” of a “sensitive,” “writerly” (a.k.a. do-nothing) nature know that this “woman” is well-read in just the sort of thing that one can chat about for long enough to seem intellectual before delving into more important topics, like zodiac signs, job titles and parentally-inflicted scars.

And if a “woman” is going to trouble herself with the picaresque genre, it’s certainly not going to be Don Quixote–that would make her come across as too intimidating. Like that inane/sexist quote goes, “A well-read woman is a dangerous creature” (no wonder it was coined by a romance novel writer and former pageant queen–thanks Lisa Kleypas). And so, to appear the perfect combination of non-threatening, semi-intelligent and “fun,” A Confederacy of Dunces is, to the clitless “woman,” the ideal public read. For yes, “women” do base their literary decisions on boning incitation, especially in the pseudo-intellectual microcosm of Brooklyn.

Any “girl” who tells you she’s not reading this book out in the open for at least mildly subconscious reasons of strategery (it’s acceptable to use George W. Bush words now) is full of shit. She’s out for seed the same way Ignatius is out to blame “Fortuna” for the world’s decision to render him a failure. Much in the same way it should render the “woman” in question reading about him somewhere that isn’t in the privacy of her own boudoir.