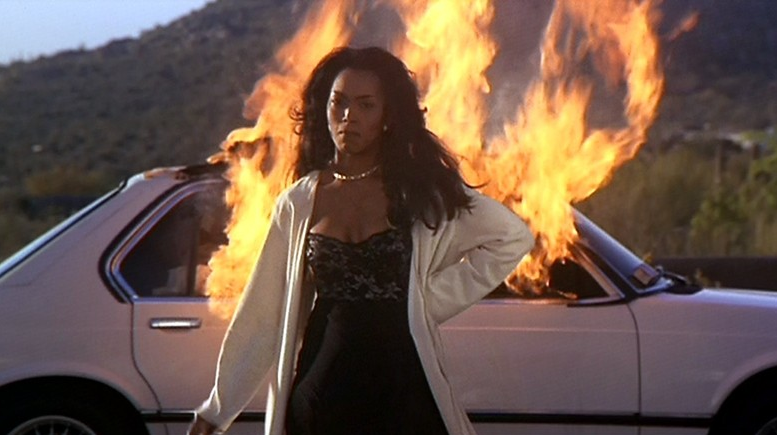 As “men” are so often wont to believe about “women,” they have no self-control when it comes to reining in their “volatile,” “irrational” behavior in matters of feeling slighted. And who tends, more often than not, to be the slighter? The “beau” in question. While many speculate as to who originally coined the phrase, “Revenge is a dish best served cold,” whoever it was might have been, sad to say it, a “man.” Maybe Machiavelli. For so many “women” still don’t seem to realize that a calm, collected approach to exacting vengeance à la Beatrix Kiddo in Kill Bill Vols. 1 & 2 is the only way to truly affect change within a “man.” To make him see, through blood-soaked lighting, the error of his ways.

One must also consider that where revenge has played out in pop culture, it is frequently the “men” behind or in front of the camera extracting it with the most force (e.g. Quentin Tarantino, as alluded to before, or Pedro Almodóvar). When it comes to stories of “women” on the screen getting their justice, it veers usually into the “exploitation” category via movies like I Spit On Your Grave and Ms. 45. Though there are a few with more careful consideration to a plot than just plain “I’m going to fucking tear your heart out” mode–like The First Wives Club–it always feels as though the “women” in these films are being portrayed with a one-track mind that replays the tape: “I hate him” over and over again, making for a largely two-dimensional character. But there is more to the “female” than a mere desire for receiving her own redress. She is complex, filled with a gamut of emotions, interests and views. And likewise, solid reasoning for her contempt. But to the “man,” she’s another aging bitch he’s going to have to deal with ridding himself of once she becomes too comfortable. Stops waking up early in the morning to brush her teeth and put her face back on, Miriam Maisel-style.

He really ought to be more cautious in his quickness to dispense with the one who has always been there for him though. Encouraged him when he didn’t deserve it, pretended to enjoy the sex when it was lackluster, that sort of thing. Because one can foresee a lot more calculated strategy to revenge in the future, still prophesied to be “female.” And as we come to see how this will unfold in our society, perhaps the revenge narrative will become a bit more layered, something Sun Tzu could be proud of in its more varied strategies.