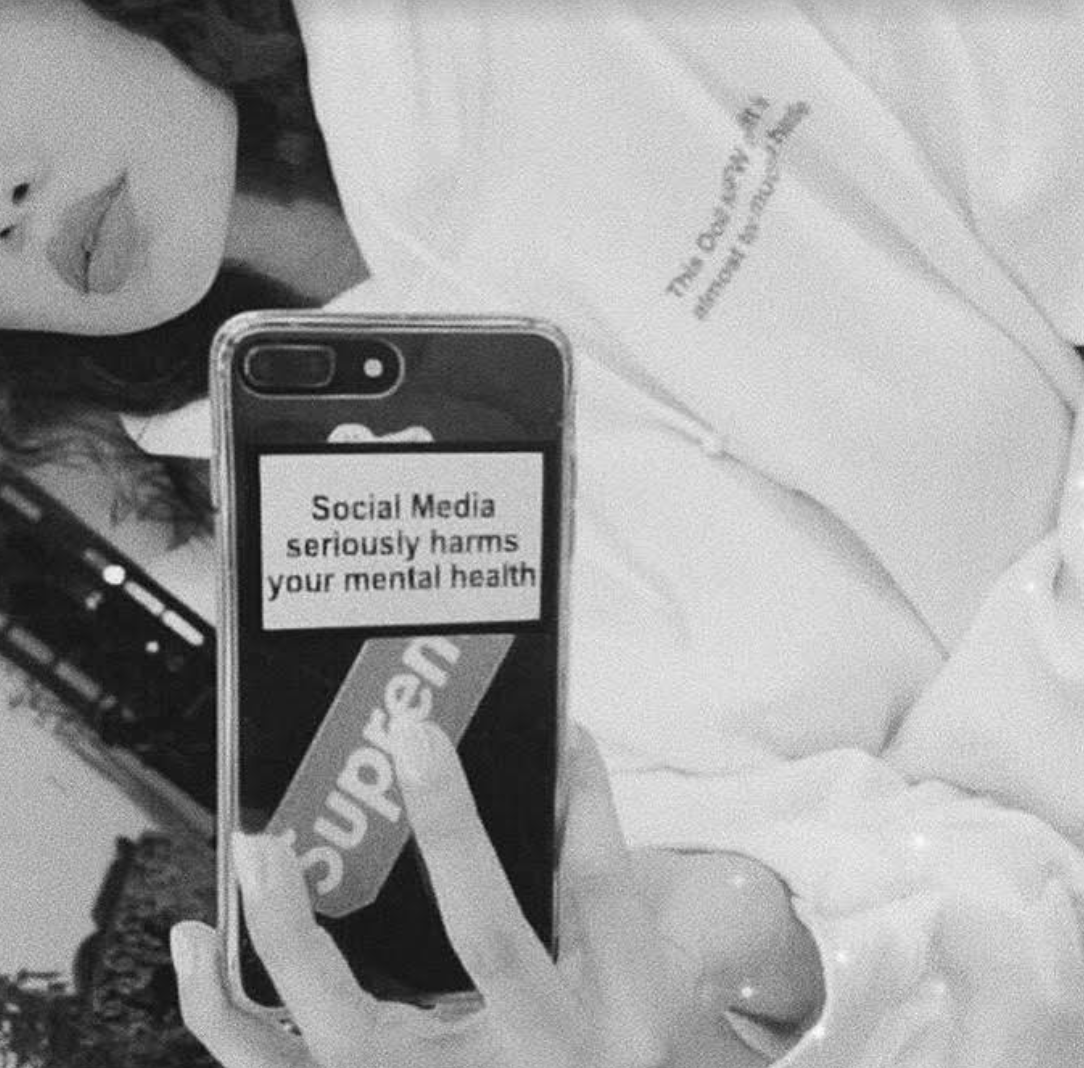 When Urban Sophistication, helmed by Tel Aviv-based brother and sister Neta and Elad Yam, launched a line of themed clothing and accessories for their brand called SCREENSHOTS, it might have been just another flash in the pan amid other popular graphic declarations, like Do Nothing Club and Broken Dreams Club, sold here. But once Gigi Hadid got her hands on the phone case touting “Social Media Seriously Harms Your Mental Health” and was photographed around town with it in March, it at once seemed almost too well-timed to coincide with the refreshed contempt for an entity that, according to most all of the sudden, had robbed them of their privacy (as if they didn’t already know that’s what the exchange was for parading their lives in a grandiosely false and self-indulgent manner).

Yet models and it girls just like Hadid have built their entire “careers” on the existence of Instagram and its buttressing companion pieces, Twitter and Facebook. Claiming to hold derision for a medium that they would very literally be nothing without smacks of a wolf gnawing off its own leg to get out of a trap. And maybe that is how people of primarily middling Instagram fame feel (for ultimately, isn’t that what illustriousness amounts to when you’re a model now?), that they would simply and for once like to be “free” from scrutiny (though it happens to us all from an act as simple as walking down the street–to exist in the world is to be judged).

While the backlash against social media might be chic now, there’s no denying the place of value it has held for many very strategic “women”–strategic meaning parlaying a topless photo into a news event. One can argue all the points about its damage to the psyche for prompting one to spend hours in a fictional world that will not elevate the mind like, say, literature or for inciting a “user” to compare herself to others in a manner that will never lead to happiness. But the fact remains, your ho ass would be invisible, ergo penniless, without it. So please, do not come to me about how your mind is being infected when this is the type of sensual social media self-aggrandizement that has made you relevant: