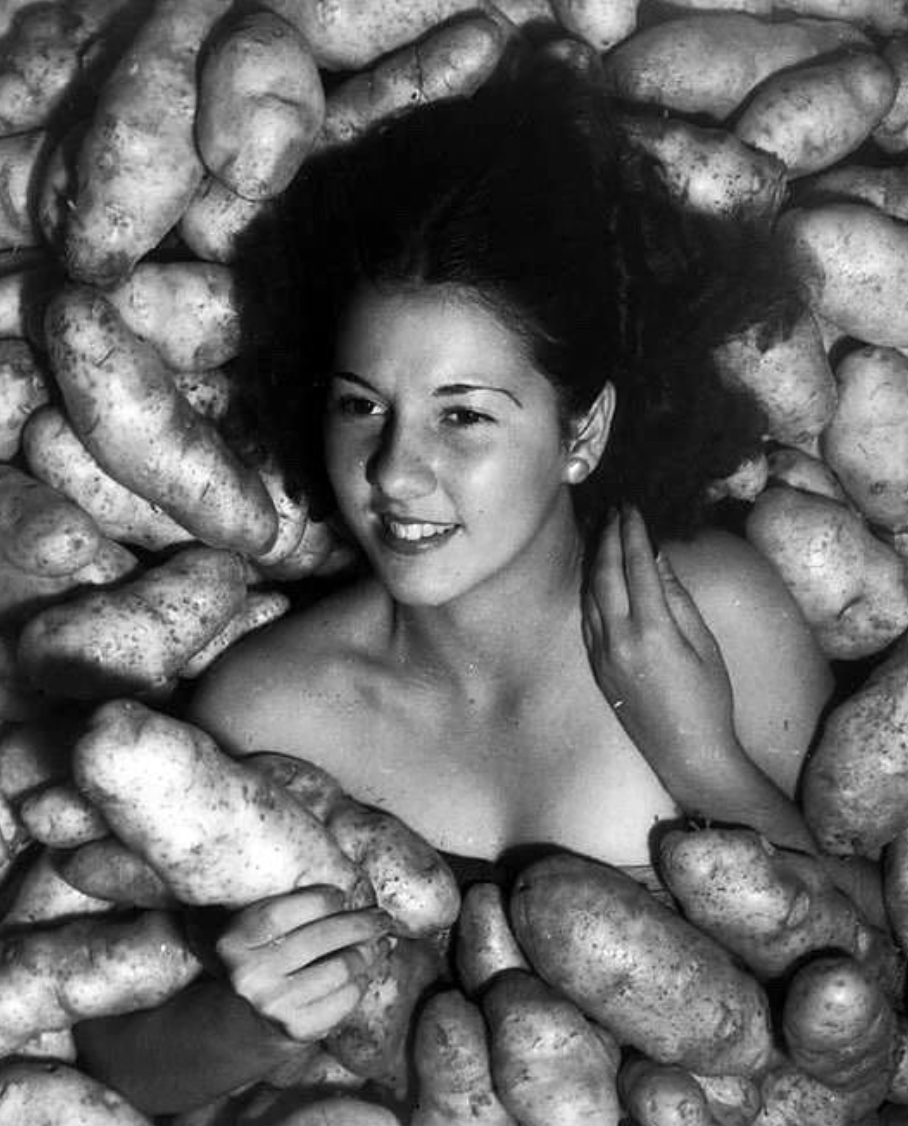 Not that “dating” is really a real thing anymore (at least not in the sense of the word connoting the romance some were conditioned to expect from their Hollywood diet–in a screen sense, not a food sense), but when it is, it appears that “women” are increasingly likely to settle for what can only be referred to as a potato. It’s not just that most “men” are slovenly, unkempt, colorless and mostly growing spuds out of themselves from an inability to wash. It’s also that they are potato-y in personality, exuding a blandness from their very skin (usually blanc, but sometimes golden, or red from a sunburn).

You will tell yourself, however, that a potato is sometimes a necessary evil in one’s diet of sexlessness. Yet like a stomach overly gorged on one bite of a potato, so, too, will the average vagina feel the same way. From one thrust of a potato penis. And like the great debate about whether potatoes are technically good for you because of their classification as a vegetable, you’ll find that rather than losing a feeling of loneliness, you’re only gaining the feeling of dead weight at your side and in your bed (because he likely doesn’t have one). So though you might be surrounded solely by potatoes in this abyssal farm-like landscape called the twenty-first century, it doesn’t mean you have to lie down with any of them.