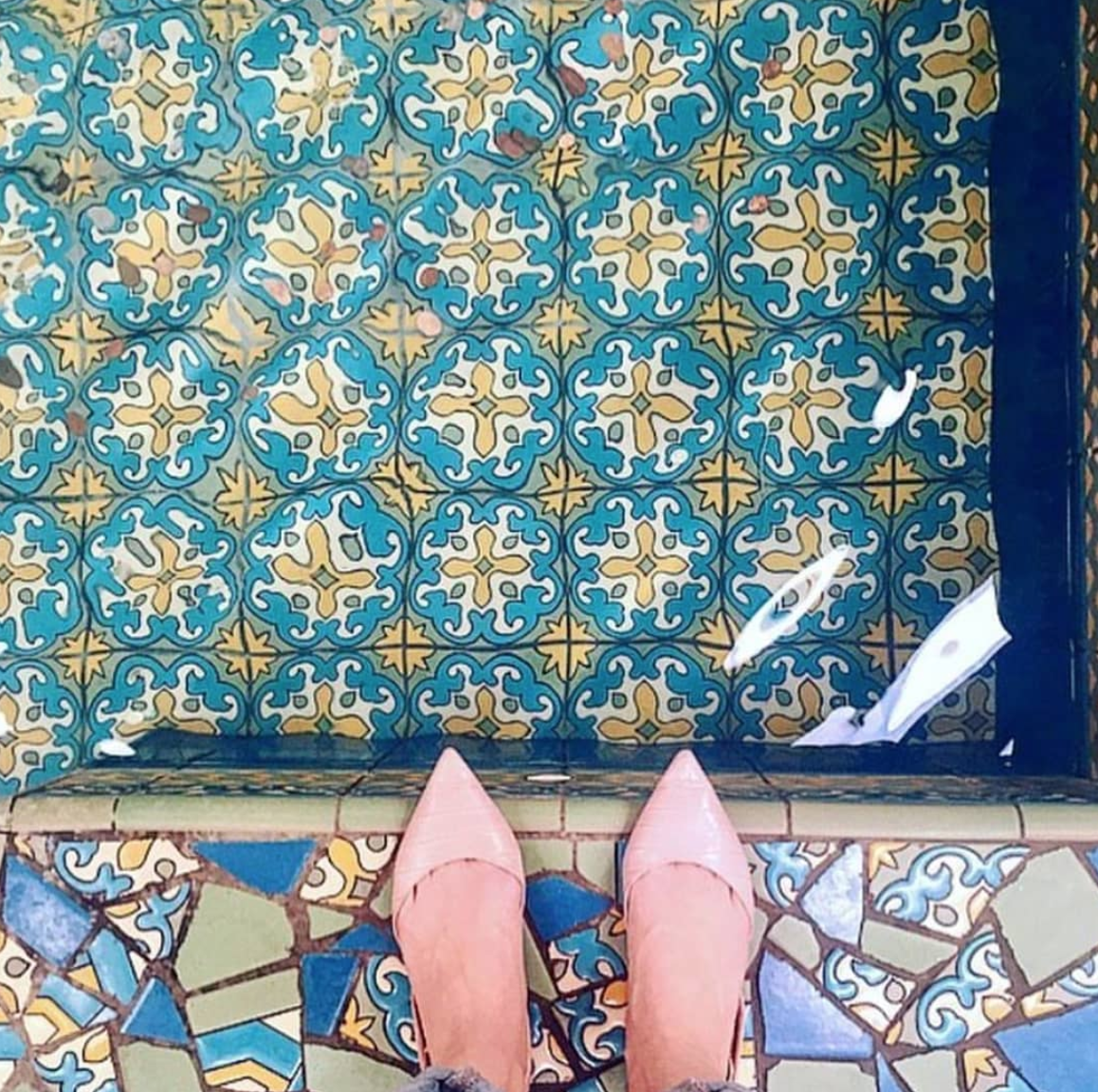 The garden variety basique has many predictable weaknesses that are almost so predictable that it’s, in some way, appallingly unexpected when she blatantly and actually carries out such predilections for prosaism on social media. One such fetish of the basique is, it has to be said, getting hard for the Instagram account known as @ihavethisthingwithtiles, and accordingly trying to cultivate the perfect image that will get her mentioned on it. Like a trip inside the mind and perpetual wet dream of the “design savvy” bia who genuinely believes that watching HGTV and/or the Travel Channel on the regular makes her some kind of irrefutable expert on the matter of aesthetics, @ihavethisthingwithtiles is also what the average “female” interior design “genius” chooses to name check in any post she might find “absolutely tailor-made” for the account. This is a phenomenon that augments tenfold during her jaunt to Lisbon.

Apart from a city that’s only been on the perpetual up and up since Christian Louboutin bought a house in ’06 (note: none of the basiques atting I Have This Thing With Tiles can ever in their wildest dreams imagine fulfilling their true basique potential à la Carrie Bradshaw by actually being able to afford the Louboutins that might take their tile photo to the next level), there is its endless sea of vibrantly colored and patterned tiles to attract even the most fearful of “European discomfort” common vagina (think the Lady Gaga caricature–though not really much of a caricature–in Die Antwoord’s “Fatty Boom Boom” video).

So should you ever find yourself the unfortunate follower of a “woman” who has somehow managed to suck enough cock (even if that means getting her workplace to subsidize the journey somehow) to “pay” her way to Portugal, beware the inevitable call out to @ihavethisthingwithtiles. It is, far and away, the only thing more calculable about a “woman” with hackneyed attempts at originality other than her period cycle.

One thought on “Women Who “at” I Have This Thing With Tiles While in Lisbon.”