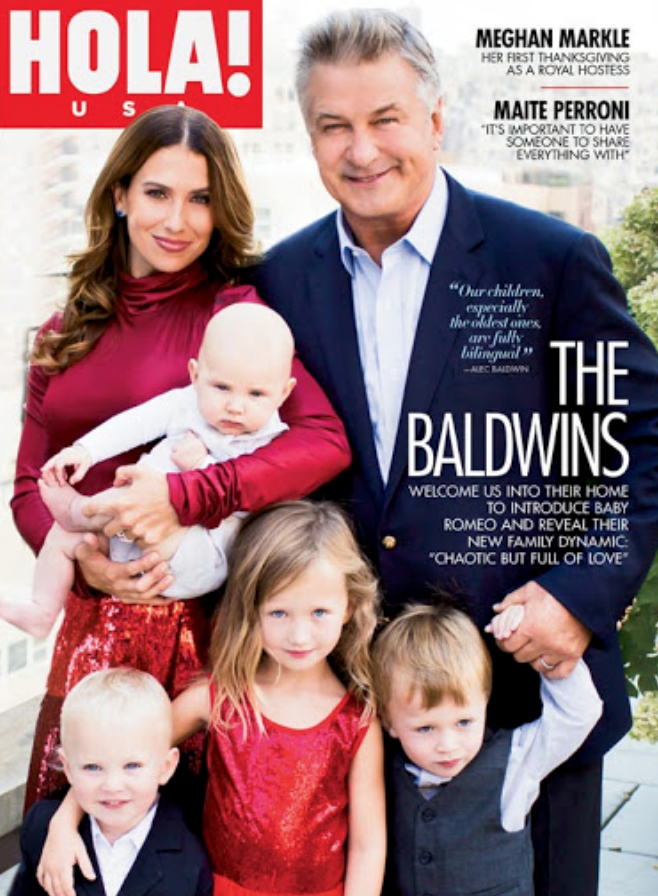 As Jordan Peele immortalized with Get Out, it has, for quite some time now, been the chic quality among white “liberal” elites (and even plebes) to want to “graft” the “best portions” of a, let’s say, “darker race,” while still sustaining the so-called cachet of their whiteness. Hilaria Baldwin is a prime example of this come to life. Exposed to embarrassing degrees over the course of the past week, it was @lenibriscoe’s (a fitting homage to Jerry Orbach’s detective role as Lennie Briscoe on Law & Order) Tweet that launched a thousand eyebrow raises questioning Hilaria Baldwin and her claims of being Spanish. However, in another twist of white “lady” appropriation, it was ultimately “celebrity exposer” Tracie Egan Morrissey, host of the podcast Pot Psychology, who would be the one to take most of the credit for the “deep digging” surrounding the years-long deception put forth by “Hilaria” Baldwin. Real name: Hillary. And honestly, how did anyone ever buy into Hilaria?

Born Hillary Hayward-Thomas in Boston, the “yoga guru” has been the latest example of “women” who, along with names like Rachel Dolezal and, say, Kim Kardashian, find it more “culturally relevant” for their “brand” to feign ties to a darker shade of white (literally). At the same time, they don’t want to be associated with being “too dark.” After all, this is still in America, and light-skinnedness is obviously a benchmark for success.

And yet, for as “beloved” as being white was in the twentieth century and before, the 00s and beyond saw a marked rise in the white person’s (particularly white “woman’s”) coveting of more “colorful” attributes in order to be viewed as “with it.” Fittingly, 2009 was the 30 Rock season in which Alec Baldwin as Jack Donaghy was so aroused by the Latina nurse (played by authentic Latina, Salma Hayek, who probably feels a bit grody right now) tending to his mother, he ends up trying to propose. It’s a bit too much of a coincidence that Hilaria should meet him around this time and start picking up the accent at the moment she took notice of his fetish. Maybe “Hilaria” couldn’t help but notice his “flavor” and started to play it up even more. What the hell? She had a passion for the culture, engaging in competitive Latin ballroom dancing while in college and learning the language.

And just like that, the runaway train that was her official press release biography began: “Hilaria Baldwin was born January 6, 1984 in Mallorca, Spain as Hilaria Lynn Thomas.” That just takes the level of confidence and denial that most successful con “men” (and “women”) need before they’re eventually busted wide open.

Her devotion to the “role” of “Hilaria,” granted, has been decidedly thorough, despite moments where she flickers in and out of the “persona.” For fuck’s sake, the “woman” even has a dog name Diego Machego. Then there was her random insertions of just enough Spanish words to make a dent, like on a brief interview with Extra, during which she said, “I think we’re going to go to España to see my family… [side bar: her white family, she has no actual origins or ties to Spain, descended instead, from Massachusetts pilgrims] we brought Spain to him for the wedding, but now he’s got to go to Spain.” The depth of the lie goes so deep it even landed on the duo’s wedding rings, with Hilaria noting, “Alec and I have a Spanish phrase engraved on our wedding rings: ‘Somos un buen equipo.'” Then came the children’s names: Carmen Gabriela, Rafael Thomas, Leonardo Ángel David, Romeo Alejandro and Eduardo Pau Lucas. It’s like, goddamn mami, you believed in the lie you told yourself so much, you spread it to your litter.

As the aforementioned Egan Morrissey would state, in an interview during which she takes the credit for the exposure, “…the fact of the matter is that this woman pretended to be an immigrant whose second language was English, and that’s associated with certain hardships. That’s just not the case. That’s a complete fabrication. And she’s monetized that, when it turns out that she’s just a privileged woman from Boston, the daughter of a lawyer and a doctor. That’s gross to me. She’s very clearly trying to use that as a platform, with the multiple covers of Hola! magazine. On her own Twitter account, she thanks Latina.com for including her on their list of best-dressed Latinas. She didn’t correct them when she said she was Latina.”

It also seems to be a Baldwin woman whose name starts with “H” family tradition to shy away from being white, what with Hailey Baldwin, “Hilaria’s” niece, announcing she’s not really white since her mother is Brazilian (mind you, “of the descent”). Okay “girl,” cling to whatever “just exotic enough” ethnicity you need to.

The white tendency to pick a different “shade” of white–yet one that has a hint more cachet–is also well-known among the Trumps, formerly the Drumpfs, back when they were German and not yet claiming to be Swedish. Whatever suits the political and professional machinations of a white person at the time appears to lend an “okay” to grafting and grifting. It’s all in the name of the American dream, right?