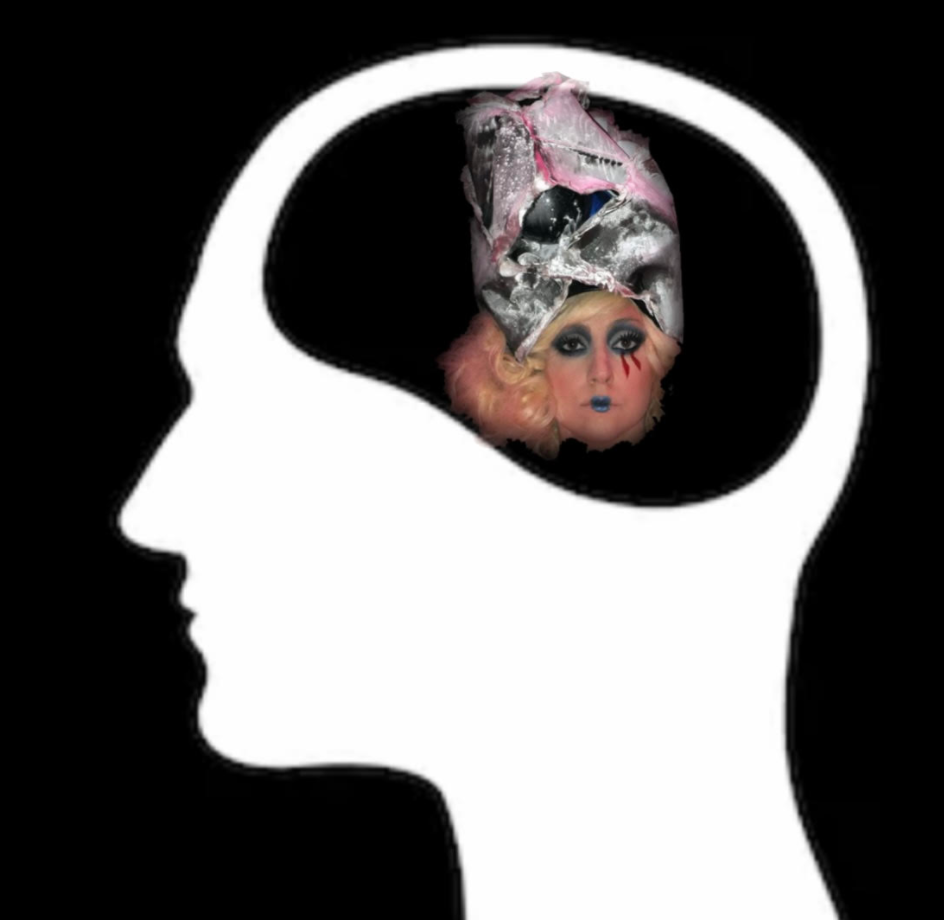 The phrase had been “kicking around,” as it is said, for quite some time. But as usual, Lady Gaga saw an opportunity to graft it as her own–make it solely associated with something she “did.” During the A Star Is Born media blitzkrieg, it was, “There can be 100 people in the room and 99 don’t believe in you but all it takes is one who does.” Those who didn’t immediately remember which Queen said it first were reminded by Madonna re-posting an interview of herself from 1990 during which she stated a similar but more perfectionist-oriented statement that was as follows: “There’s 100 people in the room and 99 people say they liked it, I only remember the one person who didn’t like it.”

See? Madonna keeps it real. None of this hooey, repurposed faux inspirational bullshit. She does not fall into the category of someone who would say the thing that Gaga opted to glom onto next: “Glad to be living rent-free in your head.” The aphorism, which has been spouted so many times since it first resurged around 2018, this time, belonged to another pop culture OG, Ann Landers.

Tim Murtaugh, Trump’s “Director of Communications,” was the one to send out a rather unnecessary “press release” in which he maligned Lady G for joining Biden for a little campaign trip to Pennsylvania, at which point Murtaugh tried to somehow make both people look bad by noting, “Nothing exposes Joe Biden’s disdain for the forgotten working men and women of Pennsylvania like campaigning with anti-fracking activist Lady Gaga. This desperate effort to drum up enthusiasm for his lackluster candidacy is actually a sharp stick in the eye for 600,000 Pennsylvanians who work in the fracking industry.” Yeah, no. No one’s going to feel bad about job loss in the fracking industry, especially with climate change being the single most monumental challenge we are all facing. Nonetheless, Gaga’s response was rather clitless, and yet another ripoff of an older, wiser woman.

Somehow, she even managed to forget that the cliche was already used by Obama on Trump when he remarked to one of his White House aides in November of 2016, “I’m clearly renting space inside the guy’s head.” Apparently, Gaga would like to believe that she now has the “penthouse suite” in that otherwise vacant cabeza.

Of course, it must again bear repeating that she is not the owner of the phrase (merely the renter, haha), just as she isn’t of her “hundred people in the room” fuckery. Oodles of people before her over the past few years have taken a shine to the “sick rebuttal.” Like “OK Boomer,” many feel it’s a simple–even if reductive–and effective way to shut down anyone who makes a negative comment or critique about them. It’s almost like a more annoying version of Mariah’s “I don’t know her” when trying to communicate with someone, whether directly or indirectly, about their philistine ways.

So overused and oversaturated at this point, Landers’ bastardized aphorism is now tantamount to becoming something like the equivalent of a “Dad burn:” the more women wield it as a means to deflect the very real criticism being bandied at them, the more cheeseball it becomes. For fuck’s sake, this is the type of thing one can imagine Karen easily deferring to as a mode of defense from her shitty behavior. So next time you, as a “woman,” deign to emulate “Lady Gaga’s statement” as a means to think you’re endlessly clever, please, try to remind yourself that being called a “renter” in any capacity (whether paying something or nothing) is still low-brow.